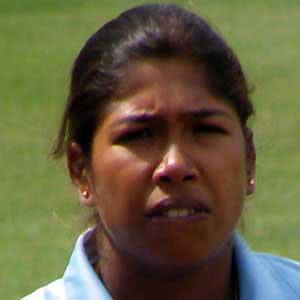 All-rounder for the Indian national women's cricket team, named ICC Women's Player of the Year in 2007.

She made her Test debut in January 2002 against England.

She earned the distinction of being the fastest female bowler in the world.

She was born in Nadia, West Bengal, India.

Both she and male cricketer Chetan Chauhan became recipients of the Arjuna Award for achievement in national sports.

Jhulan Goswami Is A Member Of