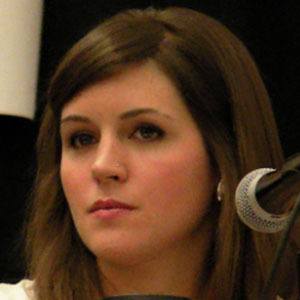 Best-selling feminist author who has gained fame for her 2017 book The H-Spot: The Feminist Pursuit of Happiness. She has contributed feminist commentary to Feministe, Time Magazine, and The New York Times.

She graduated from NYU with her dual degree in politics and journalism. She later earned her J.D. from the NYU School of Law in 2008.

She won two consecutive Society of Professional Journalists Sigma Delta Chi awards for best online column writing in 2014-2015. She has appeared as a commentator on CNN.

She married her husband Ty McCormick in 2018.

She and fellow feminist author Jessica Valenti have corresponded over Twitter.

Jill Filipovic Is A Member Of