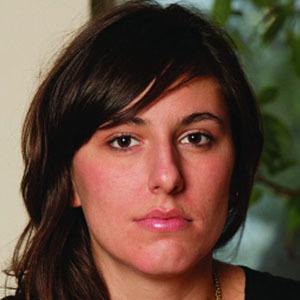 American writer known for focusing on topics of feminism. She is known for being one of the founders of the Feministing blog as well as the author of several popular books including He's a Stud, She's a Slut, The Purity Myth, and Why Have Kids?. She is also known for her work as a columnist for The Guardian.

She attended Tulane University in New Orleans for a year before transferring to State University of New York at Purchase where she earned her degree in Journalism. She then went on to earn her Master's Degree in Women's and Gender Studies with a concentration in politics from Rutgers University.

She has earned several honors and awards for her writing including the Independent Publisher Book Award for Gold: The Purity Myth: How America's Obsession with Virginity is Hurting Young Women in 2010. She also won The Hillman Prize in 2011 for blogging for her work on Feministing.

She was born and raised in Long Island City in Queens by an Italian-American family. She married Andrew Golis in 2009 and together they had a daughter in 2011.

She was photographed at a luncheon with former president of the United States Bill Clinton.

Jessica Valenti Is A Member Of