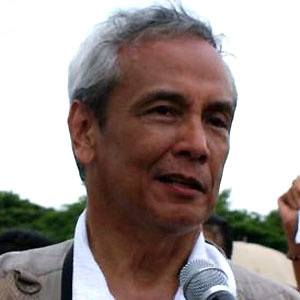 He was a judge on Search For A Star In A Million and is a member of activist group APO Hiking Society.

He has two daughters, Angela and Erica, and a son named Mio, with his wife Lydia.

He is a member of the APO Hiking Society which is often known as "The Beatles of the Philippines", the English band featuring Ringo Starr.

Jim Paredes Is A Member Of