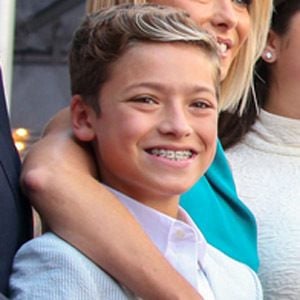 Widely known as the third-born child of TV host Kelly Ripa and actor Mark Consuelos. He has frequently been featured across his parents' social media accounts with them and his two older siblings Michael and Lola.

His parents met one another while co-starring on the soap opera All My Children in 1995. They married the following year.

His mother was named one of the most powerful people in the media by The Hollywood Reporter in 2014. He has been featured with his family in US Magazine and E! Online.

His father performed the marriage ceremony for Howard Stern in 2008.

Joaquin Antonio Consuelos Is A Member Of