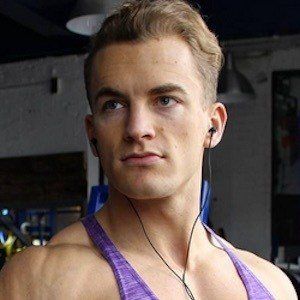 Fitness guru and YouTuber who first rose to fame in 2016 starring on the fourth season of MTV's Ex on the Beach. He is also known for his online personal training system JD Fitness and has gained more than 350,000 on YouTube.

Both of his parents were fitness buffs and thus during his schooling years he was incredibly active in sports. Inspired his older brother's success, when he got to college he began weight training.

Not only is he a certified personal trainer, but he also has a bachelor's degree in mathematics.

His ex-girlfriend Gina Barrett surprised him by appearing in the second episode of Ex on the Beach.

Both he and Helen Briggs were starting cast members on the fourth season of Ex on the Beach.

Joe Delaney Is A Member Of