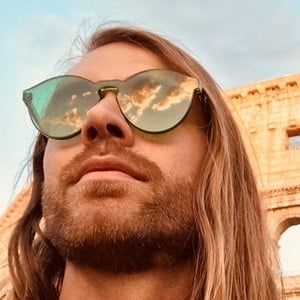 Award-winning visual artist known as Camera Jesus who specializes in music, fashion and architecture photography. He's been featured in known publications such as Rolling Stone and National Geographic.

He found his parents old film camera while playing hide and seek as a kid and started messing around with it and grew from there.

He was voted Best Local Photographer by Real Detroit Weekly in 2010 and 2012.

He was born Joe Gall in Detroit, Michigan, but he is more commonly known as "Camera Jesus."

He broke down in an elevator with Cindy Crawford once while photographing Kid Rock's 40th birthday at Comerica Park.

Joe Gall Is A Member Of