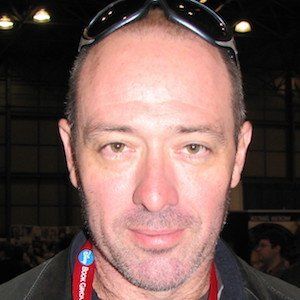 Australian author most famous for his 1994 memoir He Died with a Felafel in His Hand, which was turned into a film, graphic novel and stage play. He is also known for his alternative history trilogy Axis of Time.

He grew up in Ipswich, Australia after moving there with his family in 1970. Before becoming a writer, he worked as a researcher for the Australian Department of Defence.

He was once arrested for violating Birmingham's Anti Street March legislation. He was walking down the street holding up a piece of paper which read "free speech."

He has been married and he has children.

He was played by Noah Taylor in the 2001 film adaptation of He Died with a Felafel in His Hand.

John Angel Birmingham Is A Member Of