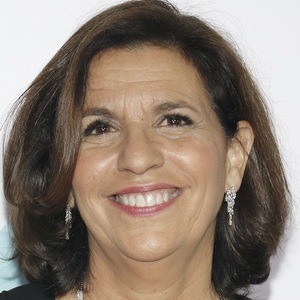 Author who made a splash with her #1 New York Times bestselling novel Wonder in 2012. She'd previously spent nearly two decades designing book jackets for a wide array of writers, including Sue Grafton and Salman Rushdie.

She grew up loving books by authors like Judy Blume and worked as the director of children's publishing at Workman.

Her book Wonder was inspired by a real-life incident in which her three-year-old son reacted negatively to a girl with a facial deformity.

She has been married and has two sons.

Her book was publicly praised on Live! with Kelly and Michael.

R.J. Palacio Is A Member Of