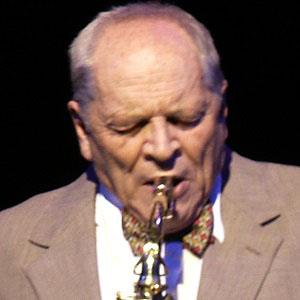 Famous for his scores for numerous 1960s and '70s films and television series (including Modesty Blaise and The Avengers), Dankworth is equally remembered for his successful career as a jazz musician and bandleader. Over the course of his six-decade career, he contributed to close to twenty jazz albums and penned nearly fifty soundtracks.

He began playing the clarinet and alto saxophone during his teenage years and went on to train at the Royal Academy of Music in London, England.

His 1961 recording of Canadian composer Galt MacDermot's "African Waltz" remained in a Top 10 position on the U.K. Singles Chart for over five months.

The son of musicians, he grew up in Northeast London, England. With his jazz vocalist wife, Dame Cleo Laine, he raised a singer daughter named Jacqui and a bassist son named Alec.

He was a collaborator and friend of the renowned jazz musician Duke Ellington.

John Dankworth Is A Member Of