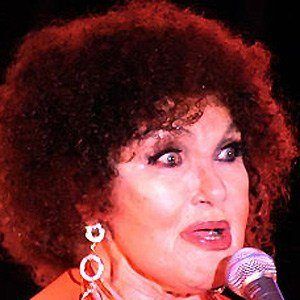 Celebrated vocalist of jazz, pop, and classical music who made many appearances at Carnegie Hall and on television, like on The Muppet Show.

She worked as a hairdresser, pawnbroker, and librarian. Her first professional music gig was with John Dankworth, with whom she performed until 1958.

She has been the only woman to receive a Grammy Award for jazz because of her exceptional scat singing.

After divorcing her first husband, she married John Dankworth in 1958.

She played the lead in a play at London's Royal Court Theatre, known to be the home of the playwright Harold Pinter.

Cleo Laine Is A Member Of