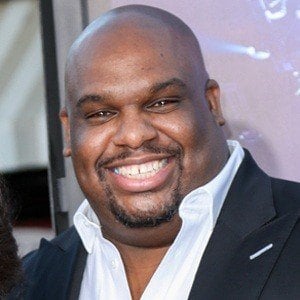 Pastor, gospel singer, and television star best recognized as an associate pastor at Lakewood Church. He has hosted the John Gray World television program and appeared in Fox's The Preachers.

Before beginning work as a pastor, he began his career in the mid 1990s singing backup for Kirk Franklin.

In April 2017, he released the debut book I Am Number 8: Overlooked and Undervalued, but Not Forgotten by God.

He and his wife, Aventer Gray, have two children, a daughter named Theory Aspyn-Sky Gray and a son, John W. Gray IV.

While preaching at Lakewood Church, he worked under lead pastor Joel Osteen.

John Gray III Is A Member Of