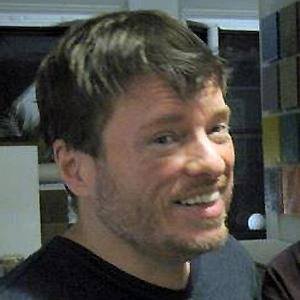 Curator known for his paintings, sculptures, and sewn pieces. He was editor and publisher of Alabama Art Monthly from 1994 until 1996.

He was hired by Jim Mitchell to paint more than 100 pieces for the Parisian Department Store chain and was awarded the 1989 Outstanding Ten Year Alumnus Award by the Southern Institute.

He worked on an advertisement campaign for Absolut Vodka, which appeared in USA Today, Time, Out, and Science Digest. He became the youngest artist to ever work on an Absolut Vodka campaign; he was 28.

He was born to Dorcas Ann Shadrick and John Henry Coffelt and grew up with two sisters, Joanna and Janie. His parents raised him in the East Tennessee mountains. His grandfather, John Ervin Coffelt, introduced him to painting.

His career began in fashion; he designed clothes for Willi Smith in the 1980s.

Jon Coffelt Is A Member Of