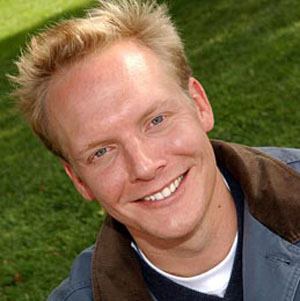 Canadian talk show host and actor who became known for hosting the show Jonovision and for his role as J-Roc in the popular mockumentary Trailer Park Boys.

He grew up with his half-sister Jackie Torrens and worked as a producer, writer, and performer for 15 years before getting the spot of host for the show Street Cents.

He co-wrote the short film Nan's Taxi and it won the 1997 Gemini Award in the Best Short Drama category.

He has been married and has one daughter.

He starred as Mike in the 2005 film Dirty Love opposite Jenny McCarthy.

Jonathan Torrens Is A Member Of