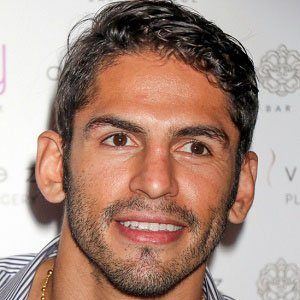 He won the gold medal at Venezuela's Juniors National Championship at age 14.

His stunning 2009 defeat at the hands of Juan Carlos Salgado was named Ring Magazine's Upset of the Year.

He and Mexico's Humberto Soto have both been WBC Featherweight champions.

Jorge Linares Is A Member Of