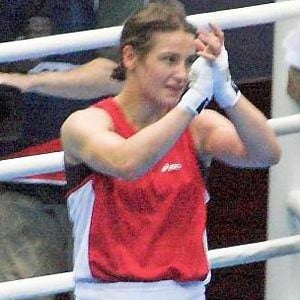 Irish lightweight boxer who won gold at the 2012 London Olympics. She is credited with making women's boxing more popular in Ireland. She was ranked as the world's best active female lightweight by BoxRec as of November 2020.

She was first coached in boxing by her father at age 12.

She has three siblings: Peter, Lee, and Sarah.

Katie Taylor Is A Member Of