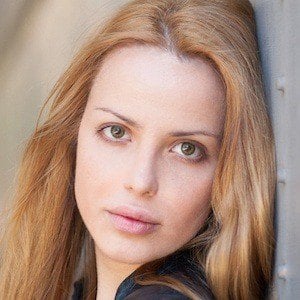 A NYC Indie Film Festival favorite, garnering two wins as Best Actress for roles in the films, Awakened and The House is Burning, the latter which also premiered at Cannes Film Festival in 2006.

She was only five years-old when she began her acting career with some her earliest appearances coming in 1990 when she appeared as herself on The Joe Franklin Show and in a 1991 episode of Who's The Boss.

After appearing in '90s series like Phenom and Roseanne, in 2001, she was named by Teen People Magazine as "One of 20 Teens Who Would Change the World."

Though born in New Jersey she has also lived in New York, California, and Las Vegas, Nevada. She grew up with an older sister named Joy.

She appeared in a 2001 episode of The Queen Latifah Show.

Julianne Michelle Is A Member Of