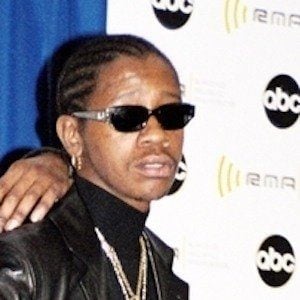 Widely known for comprising one-half of the iconic R&B duo K-Ci & JoJo alongside his brother Joel. He rose to prominence by guesting on 2Pac's 1997 hit single "How Do U Want It," which topped the Billboard Hot 100 chart of that year.

He first gained public attention for his cover of the hit single "If You Think You're Lonely Now" for the 1994 film Jason's Lyric.

He earned his second and third Grammy nominations for his K-Ci & JoJo single "All My Life." In 2013, he and his brother released their fifth studio album My Brother's Keeper.

He is his brother's senior by three years. His cousins include famous singers Stephanie Mills and Dave Hollister.

K-Ci Is A Member Of