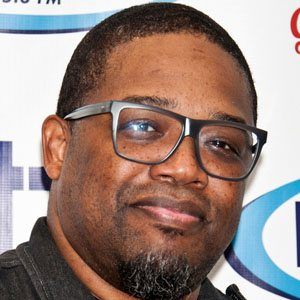 R&B singer best known as a former member of Blackstreet, best known for their single "No Diggity." He later started a solo career as a gospel artist.

He released two consecutive Platinum-certified albums with Blackstreet from 1994 to 1996.

He divorced his wife in the early 2000s. He is the cousin of K-Ci and Fantasia Barrino.

He was featured on Tupac Shakur's hit single "Brenda's Got a Baby."

Dave Hollister Is A Member Of