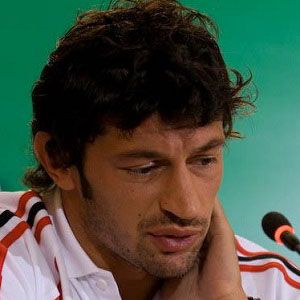 Notable as both a professional soccer player and a politician, Kaladze won four Georgian Footballer of the Year awards while playing for the Georgian national team in the 1990s and early 2000s and went on to become Deputy Prime Minister of Georgia.

Before beginning his senior soccer career with the Dinamo Tbilisi F.C., he played for a local football club called Lokomotiv Samtredia.

Prior to taking office as Deputy Prime Minister, he served as Georgia's Minister of Energy.

Tragically, his brother, Levan Kaladze, was kidnapped and murdered. Years later, he and his wife, Anouki, became parents to a son who was named Levan in his deceased uncle's memory.

Kakha Kaladze Is A Member Of