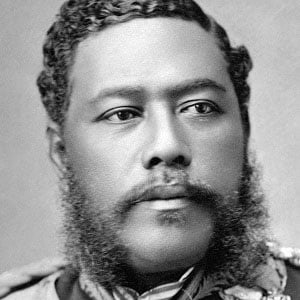 Known as the "Merry Monarch," this nineteenth-century Hawaiian regent was actually elected to his position by the people and legislature of Hawaii following the death of King Lunalilo (who had, himself, ascended to the throne through popular vote following the passing of King Kamehameha V).

Kalakaua Is A Member Of