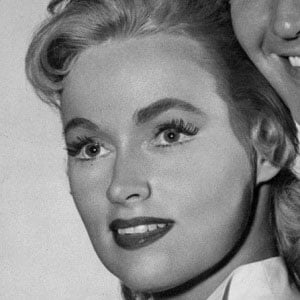 Remembered for her roles as Virginia and Mrs. Lane in the respective 1950s features Marty and Ride Lonesome, she is also notable for her portrayal of Eve McHuron in a 1966 episode of Star Trek.

After briefly studying at both the University of Hawaii and Rollins College, she launched a career as a model. Her first acting gig was a radio drama titled Let George Do It.

She guest starred in episodes of Maverick, The Alaskans, Perry Mason, and Flipper, among other popular series.

The daughter of Ruth Covey Merritt and Percy Davis Steele, she spent her youth in Honolulu, Hawaii. Her marriage to psychiatrist Maurice Boyd Ruland lasted from 1973 until her death of cancer.

Karen Steele Is A Member Of