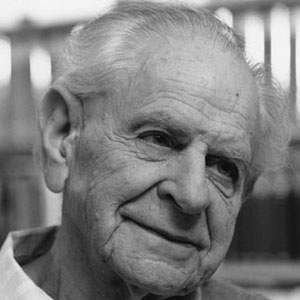 Considered one of the greatest philosophers of the 20th century. He taught at the London School of Economics.

He was named a lecturer in philosophy at Canterbury University College of the University of New Zealand in Christchurch in 1937. He wrote The Open Society and Its Enemies during his time there.

He opposed several strongly held philosophical beliefs of his day, including the classical justificationist account of knowledge, which he saw as inferior to critical rationalism.

His family was of upper middle-class status. His father worked as a doctor of law at Vienna University.

He was born the year before Alexander Bain, another world-famous philosopher, died.

Karl Popper Is A Member Of