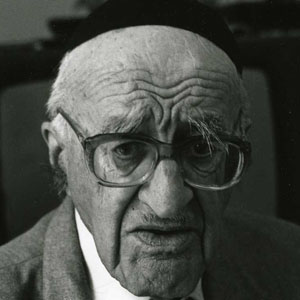 He was the editor of the Encyclopaedia Hebraica.

He married Greta Leibowitz, and they had six children together. His sister was the renowned Biblical scholar Nechama Leibowitz.

He was awarded the Israel Prize in 1993, which Yitzhak Rabin threatened to boycott because of Leibowitz's advocacy for Israeli-Palestinian peace.

Yeshayahu Leibowitz Is A Member Of