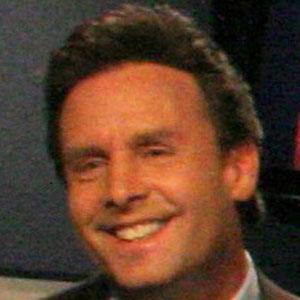 Known best as the host of ESPN's Baseball Tonight, this American sportscaster also spent over a decade anchoring SportsCenter. From 2000 until 2006, he also covered golf events for ESPN.

After graduating from Ithaca College, he worked for several local New York and Pennsylvania radio stations and went on to earn a master's degree from Binghamton University. He began hosting SportsCenter in 1993 and Baseball Tonight in 1995.

He grew up in Needham, Massachusetts, and later settled in Avon, Connecticut, with his wife and two children.

He and fellow ESPN anchor Linda Cohn both hosted SportsCenter.

Karl Ravech Is A Member Of