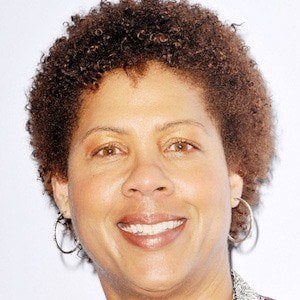 Former WNBA star who became a sideline reporter for the NBA.

She was a four-time All-American and the Naismith College Player of the Year at USC.

She led the U.S. Women's Olympic Team to gold in the 1984 Olympics.

Her brother Reggie Miller became one of the NBA's all-time greatest shooters, playing his entire career with the Indiana Pacers.

Cynthia Cooper was her college teammate at USC.

Cheryl Miller Is A Member Of