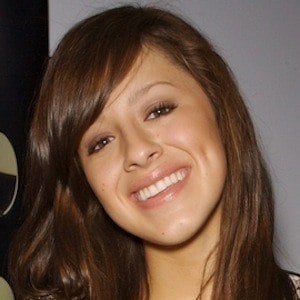 Chictopia blogger well known for her own fashion and style blog titled Karlas Closet. She has gained an incredible social following with more than 130,000 followers on her Instagram account alone.

In April 2008, she opened her Karlas Closet blog with the post "It's Raining Shoes."

She was briefly a member of the CBS Slumber Party Girls who appeared on Dance Revolution. She has her own clothing like called The Line by K.

She is a Los Angeles native and has featured photos of her father on her Instagram account.

Karla Deras Is A Member Of