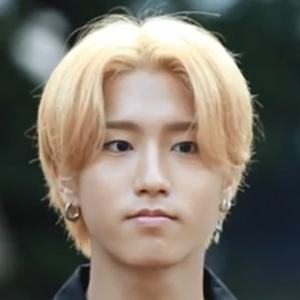 Gained fame as one of the rappers for the boy band Stray Kids which debuted on the JYP Entertainment and Mnet reality series Stray Kids.

He had been a trainee at JYP Entertainment for three years before joining Stray Kids.

He and his Stray Kids bandmates Bang Chan and Seo Chang-bin were part of the group 3racha. They released several mixtapes online.

He was born and raised in Incheon, South Korea. He has an older brother.

Other members of Stray Kids include Lee Felix, Kim Seungmin, and Yang Jeongin.

Han Jisung Is A Member Of