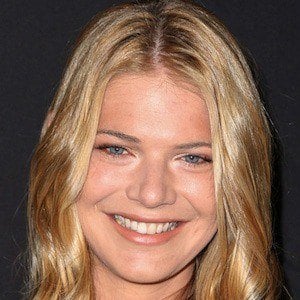 Actress who gained fame for her role as Tori Fairchild in the NBC miniseries Persons Unknown. She also portrayed Sheera Kane in the third season of USA's Necessary Roughness.

One of her earliest roles came in 2004 when she played Tami in an episode of Boston Public.

She has played the keyboard, mandolin, and harmonica in a band with her husband called Miner.

In 2012, she married Justin Miner, whom she met while in college.

She played Will Ferrell's mistress in The Campaign in 2012.

Kate Miner Is A Member Of