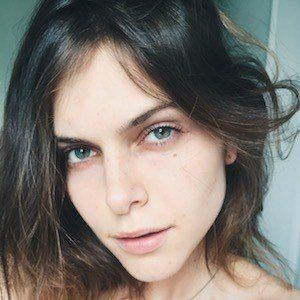 Singer, author, and vlogger most well known for her self-titled YouTube channel where her vlogs and song covers have earned her more than 60,000 subscribers.

She first began writing at the age of fourteen.

A former resident of Florianópolis, Santa Catarina, she moved to Sao Paolo, Brazil in February 2017.

Kau Bonnett Is A Member Of