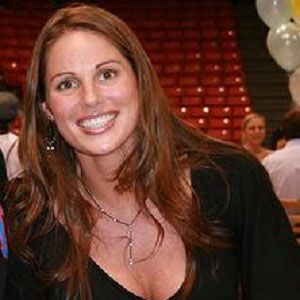 A 2002 WNBA third-round draftee to the Phoenix Mercury, she played five seasons with the team and later joined the Chicago Sky as a free agent. After ending her professional basketball career, she rose to prominence as an ESPN, ESPNU, and NBC radio sports color commentator.

During her time at the University of California, Santa Barbara, she played on the 1999 Big West Conference All-Freshman Women's Basketball Team and was named the Big West's 2002 Player of the Year.

She was briefly a courtside sportscaster for the NBA team the Sacramento Kings.

The daughter of Cathy and Randy Christensen, she spent her early days in Lakeview, Oregon, and her high school years in Alturas, California.

She and Houston Comets and Washington Mystics player Lindsay Taylor were members of the same collegiate women's basketball team.

Kayte Christensen Is A Member Of