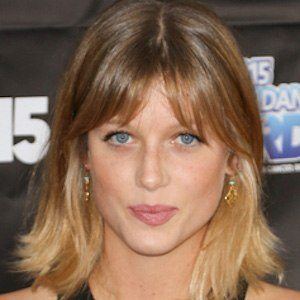 Ballerina notable as the first American to join the Russian company Mariinsky Ballet. She would leave Mariinsky behind, and later star in the film High Strung.

She trained early on at the Reston Conservatory Ballet, and began taking summer ballet classes when she was 14.

She won a gold medal at the USA National Youth Ballet competition in 2006 in addition to winning the Russian Pointe Model Search award.

She is originally from Washington DC and Reston, Virginia. She is the second oldest of four total siblings, all girls. Her youngest sister was adopted from Kazakhstan.

She and Jane Seymour were both cast in starring roles in High Strung.

Keenan Kampa Is A Member Of