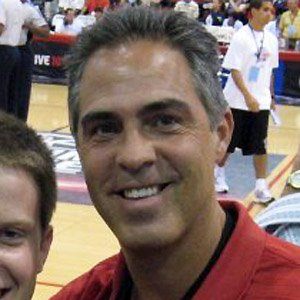 Basketball player, coach, and administrator who became general manager of the Portland Trail Blazers in 2007.

He played in the NBA for five teams from 1990-1996, debuting for the Golden State Warriors.

In 2012 he became general manager of the Indiana Pacers.

He was born in Bloomington, Indiana.

He made his coaching debut for the Blazers as an interim coach when Maurice Cheeks was fired.

Kevin Pritchard Is A Member Of