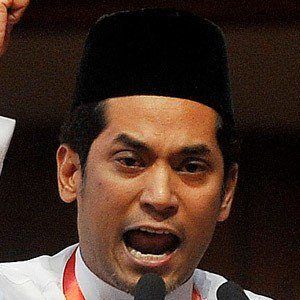 Malaysian politician who is widely recognized for serving as the federal Minister for Youth and Sports, as well as serving as president of the youth wing of the United Malays National Organization.

He was a fellow of St Hugh's College at Oxford University.

He published essays and articles in a number of publications, including the Wall Street Journal and Time.

He married his wife Nori Abdullah in 2001, and the couple had three children.

Malaysian prime minister Najib Razak promoted him to the Cabinet as Minister for Youth and Sports in 2013.

Khairy Jamaluddin Is A Member Of