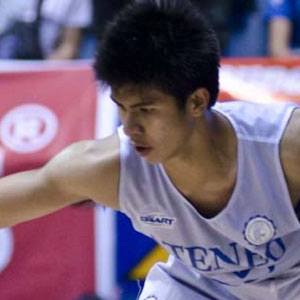 Highly-decorated Filipino amateur basketball player who won five straight UAAP Championships from 2008 to 2012. He was the UAAP Juniors Finals MVP in 2009 and 2010.

As a high school player, he led the Ateneo Blue Eaglets to three straight championships.

He and Calvin Abueva are both former winners of the Filoil Flying V Preseason Hanes Cup Most Valuable Player award.

Kiefer Ravena Is A Member Of