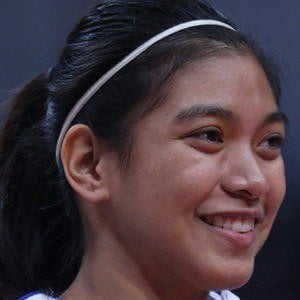 Filipina volleyball phenom who became known as one of the world's top collegiate players, earning the titles of Miss Volleyball and Female Athlete of the Year in 2014. With the Ateneo Lady Eagles, she won four UAAP season titles.

She played in the Southern Tagalog Calabarzon Athletic Association before being recruited by the high school team the UST Tigress Cubs.

She set a UAAP Women's Volleyball record for the greatest number of points scored in one game with 35.

She has two older brothers and one younger brother. She started dating basketball player Kiefer Ravena in 2016 and they broke up in May 2022.

She and Gretchen Ho were teammates in college.

Alyssa Valdez Is A Member Of