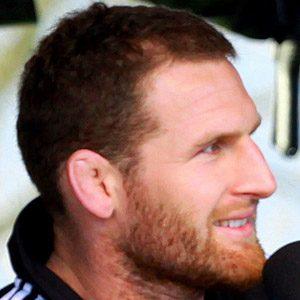 Rugby union player who became known as a blind-side flanker and No. 8 for the Crusaders and All Blacks.

He was named Sportsman of the Year while playing at Rosehill College.

He was named New Zealand Rugby Player of the Year in 2010.

His mother was a teacher at Opaheke Primary where he went to elementary school.

He and Corey Flynn both played for the Crusaders in Super Rugby.

Kieran Read Is A Member Of