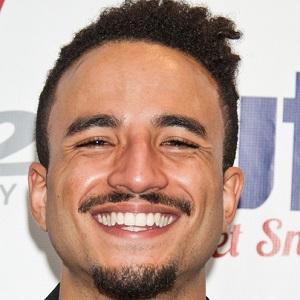 Swedish singer-songwriter and multi-instrumentalist best known for singles like Undressed and Brains Out.

He signed his first deal with the Aristotracks label in 2011.

Born into a musical family his father and uncle were both music producers and his sister is a performer.

His sister has performed with singer and rapper Kaysha.

Kim Cesarion Is A Member Of