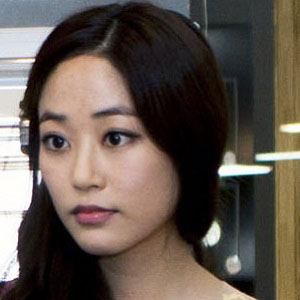 Known for her roles in such edgy South Korean films as The Taste of Money, Five Senses of Eros, and Everybody Has Secrets, this screen actress also became famous for her role in a mainstream, family-friendly television series titled I Am Happy.

Before beginning her acting career, she worked as a fashion model. Her early screen credits include appearances in the television series Secret and in the film The Legend of the Evil Lake.

A stage performer as well as a screen actress, she appeared in Korean theatrical productions of Sam Shepard's Fool for Love and Shakespeare's A Midsummer Night's Dream.

She and her husband, director and actor Yoo Ji-tae, welcomed a son in 2014.

She and Moon Geun-young were both series regulars on the Korean Broadcasting System (KBS) series Mary Stayed Out All Night.

Kim Hyo-jin Is A Member Of