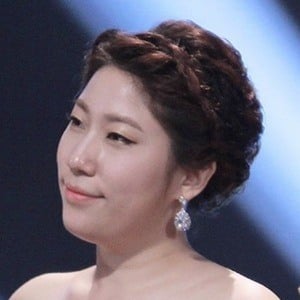 Standup comedian, comedy sketch artist, and parody performer who has won the KBS Entertainment Award for Top Excellence in comedy. She is also recognized for having been a member of the group Celeb Five.

In 2010, she was nominated for the Best Newcomer Award at the KBS Entertainment Awards.

She performed in a 2018 show titled Dlib Girls.

She is the daughter of Kwon In-sook.

She and fellow humorist Yoo Jae-suk were both born in South Korea.

Kim Young Hee Is A Member Of