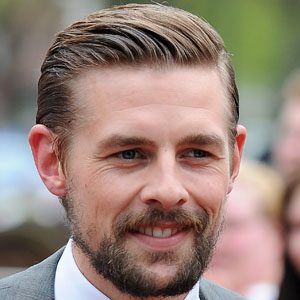 Best known for co-hosting a number of German television programs, including MTV Home, NeoParadise, Die Rechnung Geht Auf Uns, and Circus HalliGalli. He has also appeared in a German film titled Grostadtklein and performed with a band called Gloria.

Early in his career, he hosted the TV shows Retro Charts, Klaas' Wochenshow, and VIVA Live!

Before rising to fame as an entertainer, he trained as a hairdresser.

He grew up in Oldenburg, Germany. In 2012 he began dating Austrian television personality Doris Golpashin; they welcomed a child in April 2013.

He appeared in the "And No Matches" music video for Rick Jordan's band Scooter.

Klaas Heufer-umlauf Is A Member Of