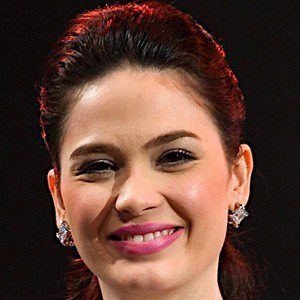 One of the most popular actresses in the Philippines, she stars as Yna Macaspac in the primetime drama series Pangako Sa 'Yo.

She was discovered at 12, accompanying her older sister to an audition for the network ABS-CBN; she was given her first part in the 1998 drama series Sa Sandaling Kailangan Mo Ako.

She was named Best Young Actress and Most Promising Female Performer by Parangal ng Bayan in 2001, and lived up to all the expectations.

She was born the second of four children; her older sister Kathleen is also a performer. She has been married twice, first to Diether Ocampo from 2004 to 2009 and later to actor Oyo Boy Sotto in 2011. She has three children.

She co-stars with Jericho Rosales on Pangako Sa 'Yo.

Kristine Hermosa Is A Member Of