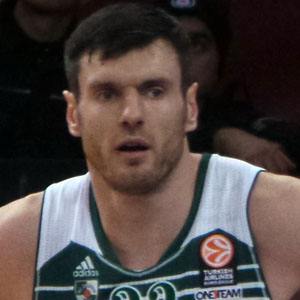 He began his basketball career in 1996 with Alita Alytus.

He was named Italian Cup MVP in 2011 while playing with Montepaschi Siena.

His brother Darjus played with UNICS Kazan in the Russian SuperLeague.

He and Ramunas Siskauskas became teammates on the Lithuanian national team.