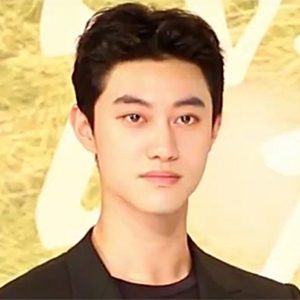 Korean actor who became a household name with his many television roles, including Bang Jang-goon on My Husband Got a Family and Kim Byung-yeon on Love in the Moonlight. He also plays guitar in the band Kokoma.

He lived alone in Seoul, South Korea as a teenager. He studied music at FNC Academy and graduated from the School of Performing Arts Seoul.

He was named Best Young Actor at the Korean Drama Awards for his performance on My Husband Got a Family.

He has one older sibling. His mother passed away in 2014.

He co-stars with Park Bo-gum on Love in the Moonlight.

Kwak Dong-yeon Is A Member Of