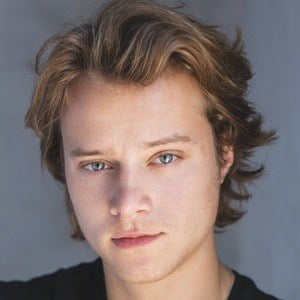 Television actor who rose to fame after being cast as JJ on the Netflix series Outer Banks. He was also cast on The Politician. He's also known for playing Young Sam in the movie Uncharted, lead in the Upcoming film Chocolate Lizards opposite Thomas Haden Church repped by CAA and Jackson Entertainment Management (JEM).

In 2017, he made his professional acting debut in a short film titled Sunny Family Cult.

He made several appearances on Solve in 2019.

He was born in Alaska. He posted a picture with his mother to Instagram on June 28, 2016. He has two brothers named Alec and Henning. He has been in a relationship with photographer Elaine Siemek, known on Instagram as Elameeeee.

He was cast on Outer Banks which starred Madelyn Cline and Madison Bailey.

Rudy Pankow Is A Member Of