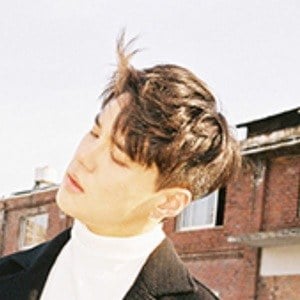 Known best by his stage name Dean, he is a South Korean singer-songwriter known for his collaborations with both Korean and American artists. He released his debut EP 130 Mood : TRBL in March 2016. In 2017, he became a judge on Show Me the Money.

It was in middle school that he gained an interest in hip hop. By high school he'd begun singing. Then, at sixteen, he made his first major debut performing alongside Keith Ape.

His early career was characterized by songwriting credits with Dynamic Duo, iKON, and Lee Hi.

He was born in Hongeun-dong, Seoul. His stage name was inspired by the rebelliousness of legendary actor James Dean.

He made his United States debut in July 2015 with the single "I'm Not Sorry" which featured Eric Bellinger.

Kwon Hyuk Is A Member Of