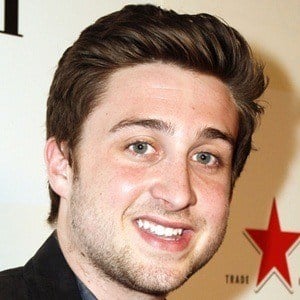 Actor turned DJ who has been known as one of two members of the music duo Phantoms since 2013, performing alongside Vinnie Pergola. They released a self-titled debut album in March 2017. He had a leading role in the 2009 movie Just Peck which premiered at Cannes.

He got his start as an actor on the stage, earning a first professional gig touring with Jim Henson's Bear and the Big Blue House Live!

On TV, he became best known for his roles as Michael Bernstein in the TV adaptation of 10 Things I Hate About You and Jake in Miss Behave. He provided his voice for the show The Problem Solverz.

He had a minor role in the Owen Wilson-starring movie Drillbit Taylor.

Kyle Kaplan Is A Member Of