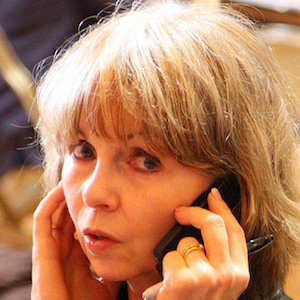 English actress who was the second actress to play the role of Romana in the BBC television series Doctor Who.

She attended the Central School of Speech and Drama from 1968 until 1971.

She served on the committee of the Actors Charitable Trust and has authored books based on knitting and embroidery.

She married author Richard Dawkins in 1992.

Lalla Ward Is A Member Of