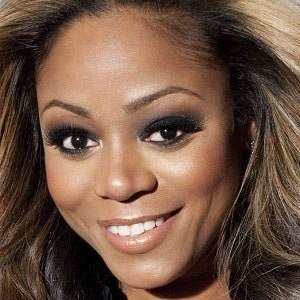 Pop singer best known as an original member of Destiny's Child. She left the group in 2000 and pursued a solo musical career.

She was a face and hair model when she was growing up in Houston. Her first group was called Girl Tyme, but the name changed multiple times before becoming Destiny's Child.

She was with Destiny's Child until 2000 when she was replaced by Farrah Franklin.

She was in a relationship with Brandon Casey from Jagged Edge for about three years. In 2013, she and producer Don Vito welcomed a daughter named Lyric.

She was in Destiny's Child with her childhood friend Beyonce Knowles.

LaTavia Roberson Is A Member Of