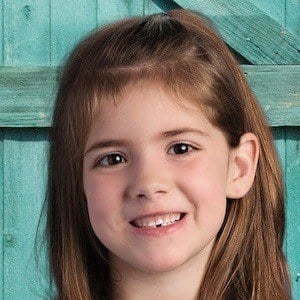 Starring alongside her brother Leland, she is featured on the YouTube channel Oh Shiitake Mushrooms. The channel has accrued more than 550,000 subscribers.

Her family's YouTube channel reached its first 100 subscribers by April of 2016.

She had a side channel created for her called Leanna's Cute Videos.

She also has a sister named London. Her mom and dad help run the Oh Shiitake Mushrooms YouTube channel.

Leanna Powell Is A Member Of